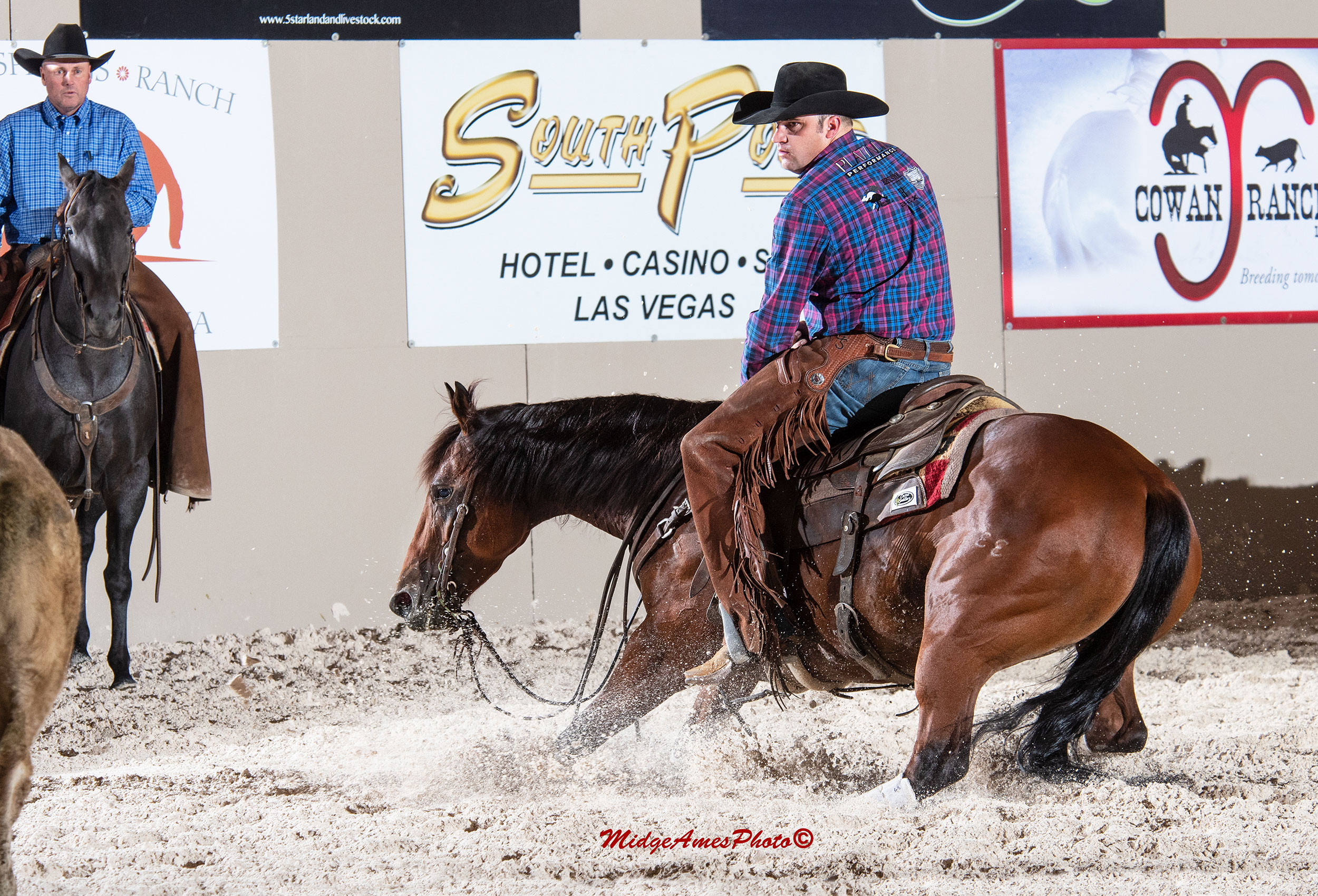 Ichis My Choice has been wildly successful in her career so far, and she added another title to her résumé while at the El Rancho Futurity. She and Equi-Stat Elite $2 Million Rider Grant Setnicka were the final draw in the Mercuria/National Cutting Horse Association (NCHA) World Series of Cutting Open finals and they did not disappoint. They marked a 229 and claimed the Championship.

The title came with a check for $13,676, which brings the 4-year-old mare’s lifetime record to more than $250,000. Ichis My Choice (Cat Ichi x My Little Abra x Abrakadabracre), who was bred by EE Ranches of Texas and is owned by J Five Horse Ranch, is the only money-earner out of My Little Abra and she is now the second-highest earner on Cat Ichi’s offspring record.

“I drew up last in a set of steers, which usually isn’t the most desirable spot to be,” Setnicka said. “I try to work that mare and keep her accurate. She’s really cowy and quick, so I just tried to keep her calm and smooth.”